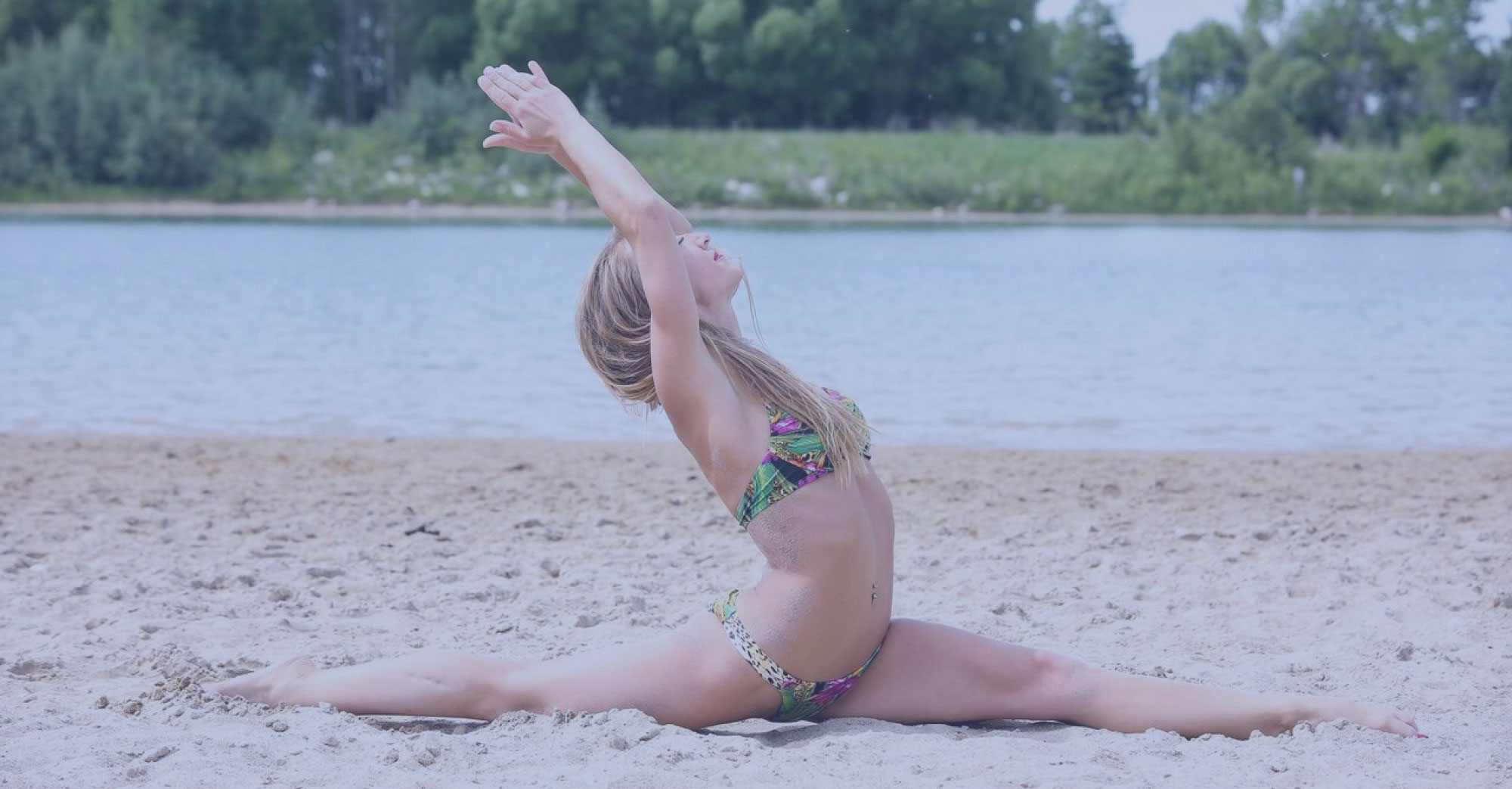 Flexy Michelle was nicknamed Flexy because of her exceptional flexibility. It was a nickname that became her business name! She is from Winnipeg, Manitoba, Canada and is a yoga, barre, flexibility, and beginner pole instructor. She is also a novice contortionist, pole fitness enthusiast/competitor, nutritionist, university graduate, volunteer, and travelling sun chaser! Before she decided to pursue a career in health and wellness, she was a rigid, type-A academic destined for law school. However, she developed epilepsy at the age of 21 which created many twists and turns. Epilepsy lead her to re-discover yoga, which was something she actually started at the age of 12 and is now 34. She is a jack-or-all-trades! People are often shocked to learn that she did stand-up comedy for eight years!

However, after a catastrophic car accident in Cozumel Mexico in 2006, her life changed forever.

She explains, “I was in a coma for three days, I lost part of my hearing, developed epilepsy due to bruising on my brain, and had 186 stitches. My left ear was literally sewn back onto me.” She was told by the doctor that she may never walk again, but she says “yoga is what helped me gain back my strength, mobility, and sanity.” Immediately after the accident, the bruising on her brain affected her language production. “I experienced temporary aphasia (a communication disorder the occurs due to brain damage, usually caused by a head trauma, stroke, or seizure, etc.) I could not retrieve my English words, only my second language, Spanish.” She was discovered without a pulse; the paramedics told her sister not to touch me because she may be dead. “Statistically, I shouldn’t have survived the atrocity, but for some reason I did.”

For those of you who don’t know, epilepsy is a neurological disorder that one can be born with, it can be developed, or provoked by something such as a head trauma. Before a seizure, Flexy explains, “I would experience an aura which is an altered perceptual state preceding a convulsion. When experiencing an aura, I would lose control of my movements and speech. I would still be conscious, but my brain could not connect my thoughts to my mouth or body. I can best describe the feeling as “short-circuiting or a temporary paralysis of the brain to the body.” I would then have a typical grand mal seizure, followed by a postictal state, another altered state of consciousness.” Currently, my seizures are controlled, so I have no complaints! 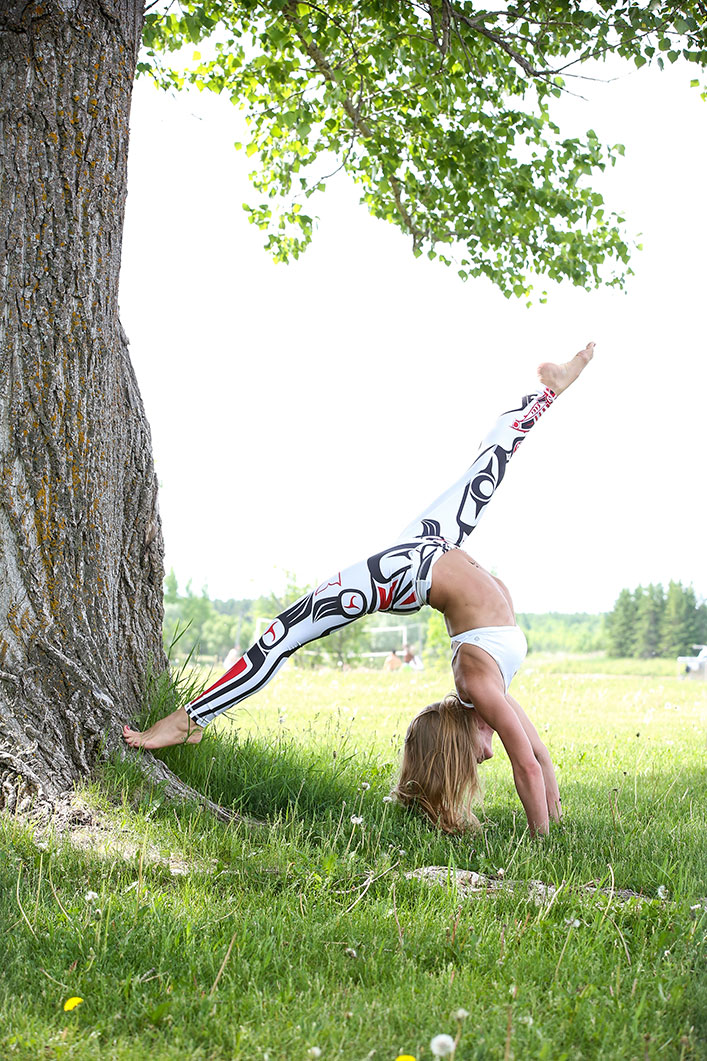 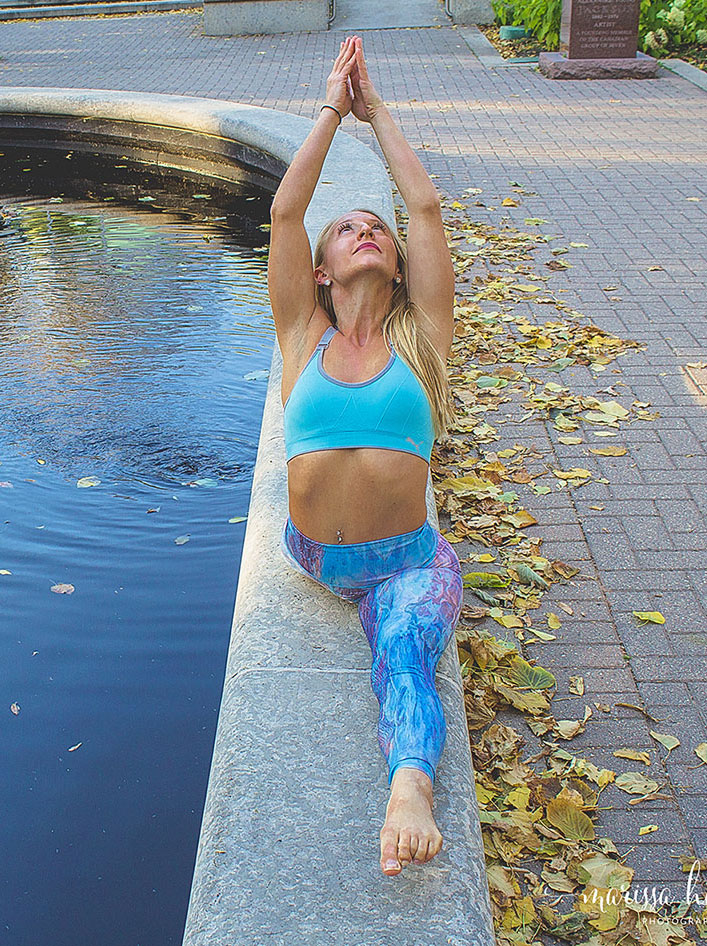 Flexy goes on to explain that, “the changes in my health and life catalyzed my interest to study speech pathology and not law. This temporary brain-body paralysis is terrifying and frustrating because you know what you want to do or say, but you just can’t make the mind-body connection to get the words out. This is what people living with aphasia experience every single day. Speech-language pathologists work with clients with aphasia, as well as individuals with communication and behavioural disorders, autism, and Asperger’s. I decided that this is what I wanted to do, help people who experience what I had experienced.”

Michelle says that, “in the summer of 2016, I volunteered at a speech pathology clinic, helping clients with their language development. That same summer, I also did my yoga teacher training. My intention never was to become a yoga teacher, but simply to develop a more profound knowledge of yoga. I started teaching yoga at the speech pathology clinic as a volunteer. Then I began getting requests to teach private yoga classes and job offers via social media and word of mouth. It just happened organically. In 2017, I made the decision to leave my academic career to pursue a career in health and wellness.”

Flexy says, “my struggles have revealed both my weaknesses and my strengths, but have served to make me a more compassionate and better human being.”